The focus of the talk was the progress of Danino’s lab toward a new design framework for engineering bacteria that bridges mathematical modeling, in vitro characterization, and in vivo diagnostics and therapeutics for cancer." 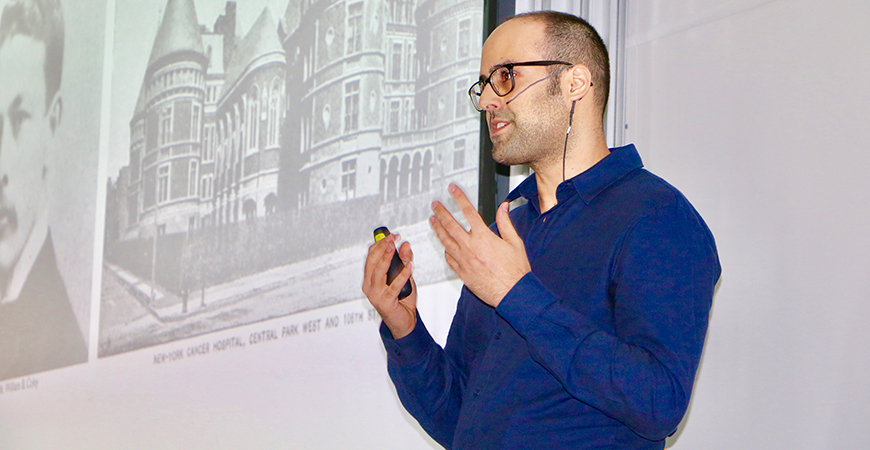 "Ajay Gopinathan joined UC Merced just as it opened and served as one of the founding members of the faculty, helping build undergraduate and graduate programs in Physics as well as interdisciplinary centers and institutes on campus."

Ajay Gopinathan was interviewed by Sy Coleman on the GrassRoots Community Network as a part of the Aspen Science Highlights in September of 2018. Dr. Gopinathan discusses the physics behind the flocking and swarming patterns in nature and research simulations.

On July 25, 2018, STEP participants Anna Gueorguieva, Emily Hernandez, and Gehad Elhanafy were guests on the "Community Conversations" with Roger Wood on KYOS, where they talked about their summer research experience at UC Merced with CCBM Executive Director, Carrie Kouadio. CCBM Programs Manager, Nora Cole, provided information on the "Science for Humanity" series.

CCBM Executive Director, Carrie Kouadio, was interviewed by Roger Wood in 2018. She gives an overview of the center, and describes center programs like STEP, as well as describing what the center's research focuses are.

The daylong open house will include a variety of events and activities related to biophysics, biochemistry and bioengineering, in addition to Prakash’s keynote." 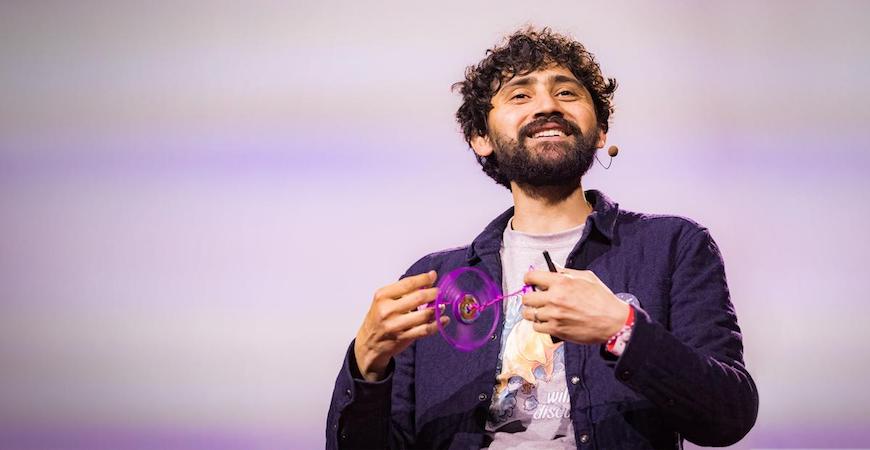 "Students from Burbank and Peterson Elementary Schools in Merced participated in a day of interactive science and engineering hosted...by UC Merced’s Center for Cellular and Biomolecular Machines (CCBM), a National Science Foundation Center of Research Excellence in Science and Technology (NSF-CREST).

Led by professors Victor Muñoz and Ajay Gopinathan, CCBM has a research, education and outreach focus, and actively engages with the local community to promote science literacy and inspire would-be scientists to pursue educational and research opportunities." 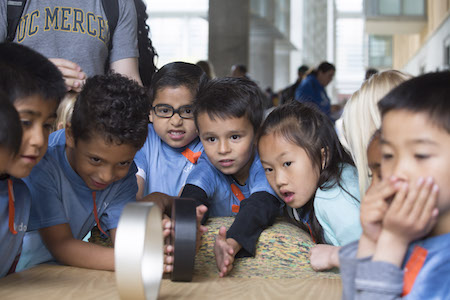 "“Within UC Merced, this is by far the most advanced, state-of-the-art light microscope,” School of Engineering Professor Anand Subramaniam said. Subramaniam led the three-person team — which included School of Natural Science professors Sayantani Ghosh and Teamrat Ghezzehei — that brought the microscope to UC Merced." 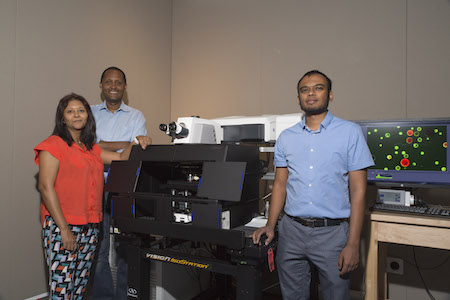 CCBM Executive Director, Carrie Kouadio, was interviewed by the Merced Sun-Star in a video featuring the CCBM's Community Outreach activities in April of 2017.

"Researchers at UC Merced last year won a $5 million grant from the National Science Foundation...The center also works with local schoolchildren, high-schoolers and Merced College students to give them an opportunity to study at UC Merced, according to Carrie Kouadio, the center’s executive director."

Researchers at the University of California, Merced, won a $5 million grant from the National Science Foundation (NSF) to study how biological matter like proteins or cells come together to perform specific tasks, effectively behaving as machines...Bioengineering Professor Victor Muñoz, with the School of Engineering, and physics Professor Ajay Gopinathan, with the School of Natural Sciences, will serve as co-directors of the center, overseeing all operations. Professors Kara McCloskey and Sayantani Ghosh will lead the graduate and undergraduate education and outreach efforts, respectively.

“Our vision for the CCBM is to be nationally and internationally recognized for cutting-edge interdisciplinary research on functional multi-scale biomolecular and cellular assemblies and to be a model for integrated research, education and outreach...Through focused efforts to encourage participation among underrepresented students from the San Joaquin Valley and beyond, we envision developing a pipeline for a highly qualified science, technology, engineering and math (STEM) workforce and producing high-caliber, diverse trainees at all levels who can spur growth in California’s San Joaquin Valley.” 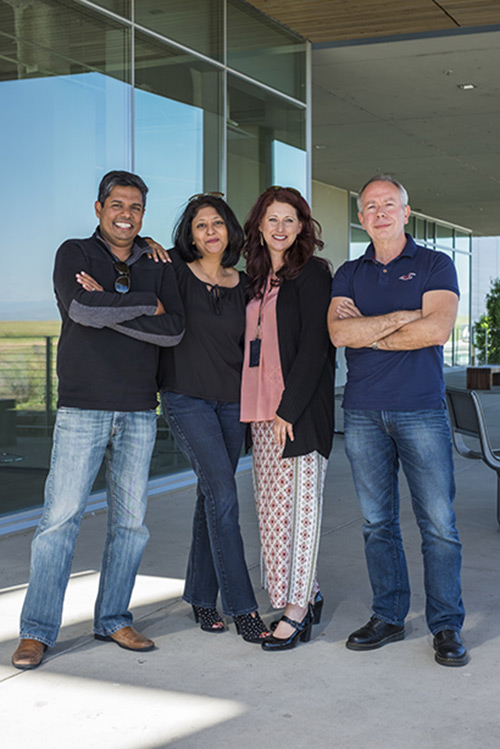