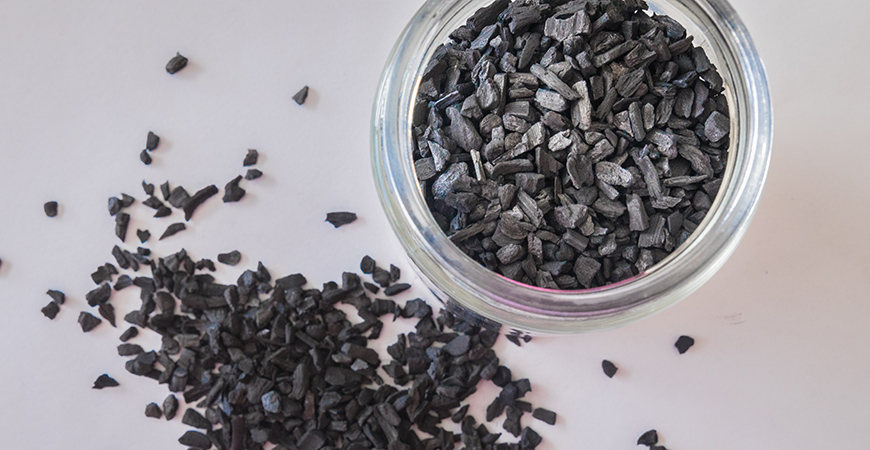 Biochar is high in carbon and created by heating biomass at moderate temperatures in a process called pyrolysis.

Central Valley natives are accustomed to seeing plumes of smoke from burning tree piles after harvest. This is the traditional way farmers dispose of crop waste, such as trees, nut shells and pruned vines. But there may be a better way to get rid of residual orchard waste that is less harmful to the environment according to research conducted by Professor Catherine Keske.

The solution could be in a charcoal-like substance called biochar. Biochar is high in carbon and created by heating biomass, such as residual orchard waste, at moderate temperatures in a process called pyrolysis. The result is a black, chalky substance that has shown promise for reducing greenhouse gas emissions when applied to soil.

Keske and graduate student Maryam Nematian, who served as lead author, just published the paper “A Techno-Economic Analysis of Biochar Production and the Bioeconomy for Orchard Biomass” in the journal Waste Management. Their work shows that it is technologically possible and economically feasible to use biochar to create a circular bioeconomy for orchard crop residues.

A circular bioeconomy is one that reframes waste, like leftover almond tree branches, as opportunity. It is the opposite of the traditional “take, make, use, dispose” model, said Keske.

“To establish a circular bioeconomy, we propose that instead of disposing of crop residue through open burning, for example, we produce a value-added product like biochar from biomass waste that can have positive economic and environmental impacts,” Keske said. “Crop residues are viewed as ‘value-added’, rather than waste, if we’re able to capture the product and nutrients in a cost-effective manner.”

While Keske isn’t the first to estimate biochar production costs, she does believe their paper is the first to assert the competitiveness of biochar under uncertain conditions with the goal of establishing a bioeconomy. The paper is part of an interdisciplinary research effort funded by the Strategic Growth Council to create markets for products that help California adapt to and reduce climate change. 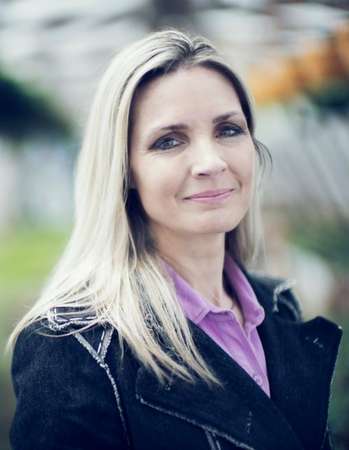 The Central Valley is ripe for biochar research, considering its agricultural setting, but biochar is still considered experimental with limited market demand. It’s mainly created in small batches and is relatively expensive to make. Other faculty on campus, such as Professor Gerardo Diaz, also study biochar. His lab has analyzed pistachio and almond shells, as well as orchard tree sticks to study the conversion process from biomass to biochar.

For biochar to become more widely adopted, the one thing scientists like Keske need is buy in from those doing the burning. And while environmental benefits are important —the San Joaquin Valley Air Pollution Control District intends to ban all ag waste burning as soon as January 2025 — so is the bottom line.

“Cost competitiveness is critical for converting waste into value-added product, and for establishing a bioeconomy,” Keske said.

It also incentives people to change their behaviors. Keske hopes that as biochar becomes more mainstream, its use may appeal to more farmers.

“For biochar to be accepted by mainstream farmers, there needs to be a predictable response in crop yields and soil health, for the investment,” Keske said. “The science is emerging to provide these answers. Our study shows that positive financial gains outweigh costs of a subsidy to convert almond orchard biomass into biochar instead of burning it. We hope that these positive financial gains will encourage biochar production, and that resulting field trials will demonstrate yield and soil benefits.”